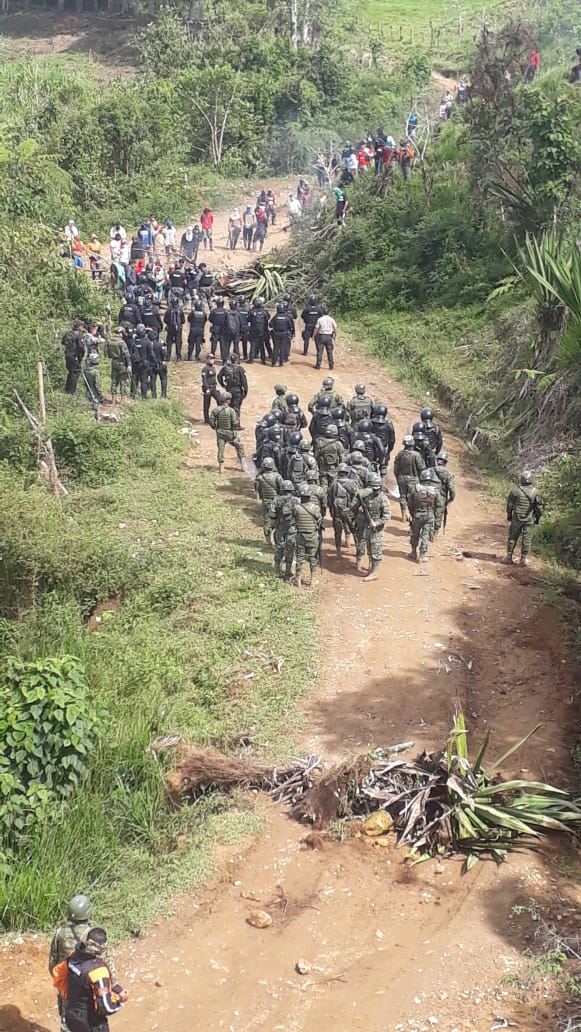 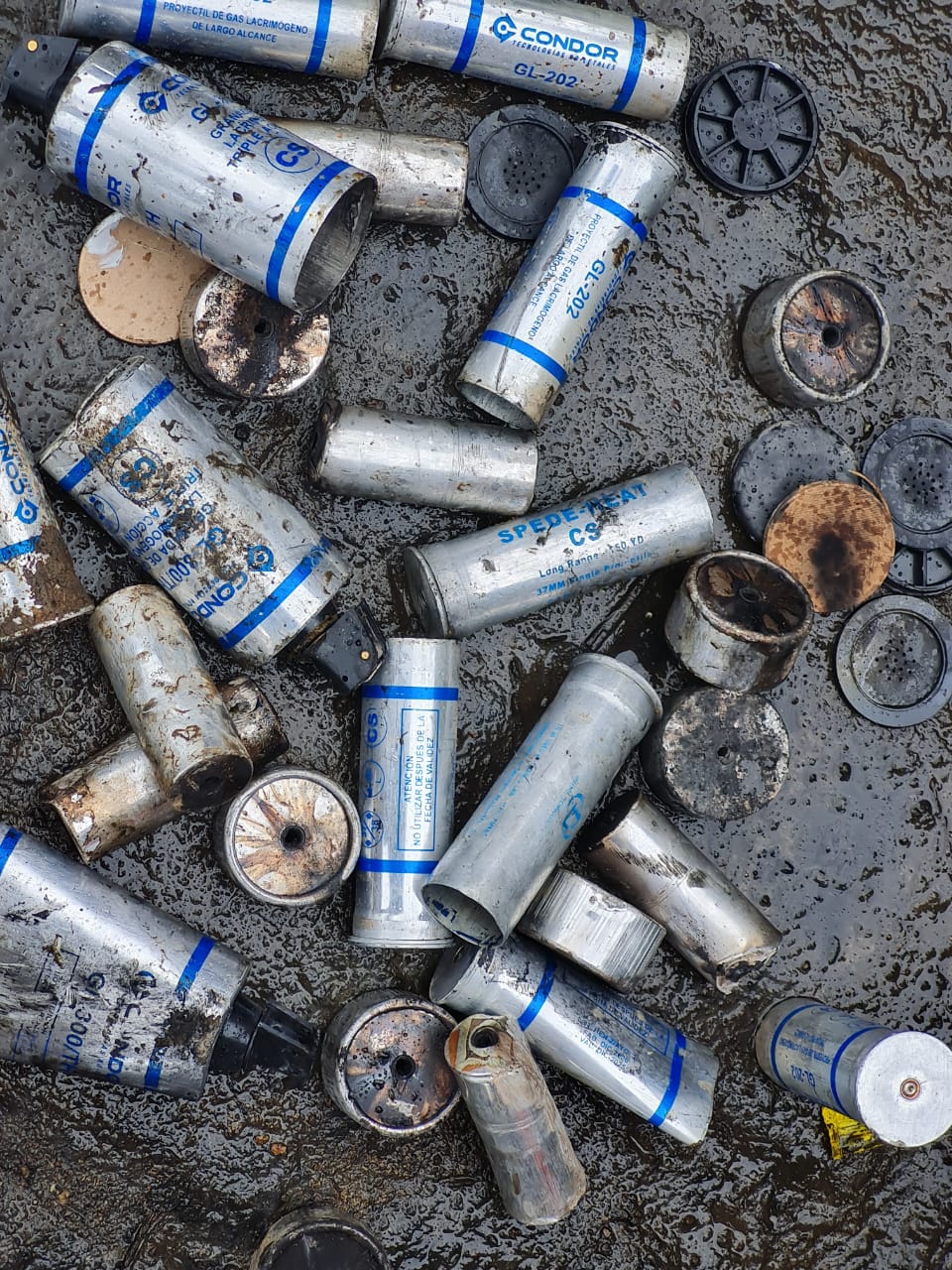 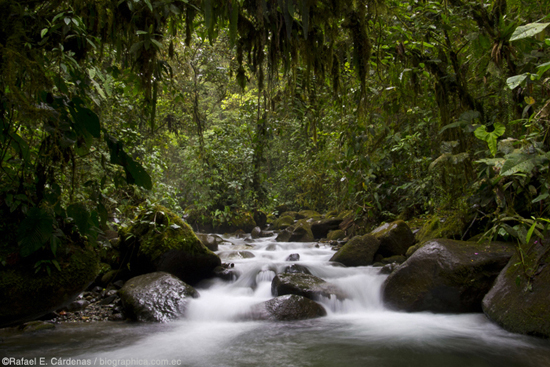 “Is copper the new iron ore?”

“I am yet to hear scientific evidence to satisfy me that if the very, very small amount of carbon dioxide in the atmosphere (approximately 0.83 per cent) was increased, it could lead to significant global warming. I have never met a geologist or leading scientist who believes adding more carbon dioxide to the atmosphere will have any significant effect on climate change.”

Hancock Prospecting Group (HPPL) was established by Lang Hancock in 1955. His daughter Gina Rinehart became Executive Chairman after he passed away in 1992.

HPPL gained massive wealth through vast iron ore deposits in Western Australia, making deals to mine the ore in the early 1960’s with Rio Tinto. Rio Tinto was to build the mines and railway, while Hanwright (a joint venture between Lang Hancock and Peter Wright) would be an administration company, receiving 2.5% in royalties per ton.

“Rio Tinto has mined its flagship Mt Tom Price mine for 50 years – 50 very lucrative years – has not paid 1cent in royalties to the Eastern Guruma, who are recognised by this nation’s highest court as the rightful owners of this land. Do you believe it is right for Rio Tinto, which often trumpets its relationship with indigenous Australia, to continue to ignore this injustice?” says Tony Bevan, a director of Wintawari Guruma Aboriginal Corporation, regarding Rio Tinto not paying native title royalties for mines established before 1994. (Wintawariguruma, 6 November, 2015)

[Lang Hancock] dismissed indigenous land claims, saying: “The question of Aboriginal land rights and things of this nature shouldn't exist”. He referred to part-Aboriginal people as “no-good half-castes” and said to deal with those who were unemployed he would “dope the water up so that they were sterile and would breed themselves out”. (Daily Telegraph, 15 February 2012)

Gina Rinehart is Australia’s wealthiest person, and was the world’s wealthiest woman in 2012. She has links to right-wing think tanks such as the Institute of Public Affairs (IPA), the Atlas Economic Research Foundation and the Mannkal Economic Education Foundation.

Like her father who started two newspapers to promote his political views, Gina’s core strategy involves influencing popular opinion through media and independent think tanks. She bought a 10% stake in Australian commercial television network, Channel 10, becoming a shareholder and board member from 2010-14. Six months after her involvement, the network launched the conservative right-wing Bolt Report. In June 2012, she became a board member of Fairfax media company and was their largest shareholder (18.67%). She sold her shares in 2015 because she refused to sign the company’s charter of editorial independence.

Rinehart does not believe in climate change, and some have claimed her media purchases of Channel 10 and Fairfax were used to promote the views of climate change deniers. She is a major funder of Australia’s leading climate change institution – the Institute of Public Affairs – donating $2.3 million in 2016 and $2.2 million in 2017 (30-50% of their entire revenue stream). She was made a life member in November 2016. The IPA actively pushes climate science denialism, publishing books and sponsoring speaking tours of prominent climate science deniers.

Gina is outspoken about mining taxes, speaking out against the Rudd Government’s proposed mining tax in 2010 at a rally in Perth. Prime Minister Kevin Rudd resigned 15 days later and the new Julia Gillard government agreed to take billions of dollars a year less in taxes. 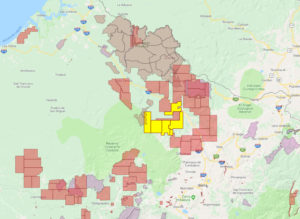 Hanrine Ecuadorian Exploration and Mining SA (HEEM) are the HPPL subsidiary operating in Ecuador. Offices were set up in Ecuador in 2017.

HEEM has owned four tenements located a few kilometres south of Solgold-Cornerstone’s Cascabel concession since January 2018. The area has been subject to unrest ever since the concession was awarded, with illegal miners, a number of deaths (including a 14-year-old child), and complaints of organised crime, drug trafficking and prostitution rings running alongside the illegal mining.

On 27 September, 2018, the assemblyman for Imbabura, Marcelo Simbaña, formalised a complaint before the General Comptroller of the State regarding inconsistencies in awarding the mining concessions to HEEM.

In January 2018, Ecuadorian media reported that up to 12,000 illegal miners from Venezuela, Peru, Colombia and Ecuador were in the Buenos Aires Parish. Most of these were inside the new HEEM concession, now known as El Triunfo. The population of the parish increased from 1500 people to 4000 between June 2017 and June 2018.

Police and military began confiscating hundreds of tons of mining material from the area in Febrary 2018. After numerous arrests for illegal mining, the miners formed The National Union of Miners in Ecuador at El Triunfo (August 2018) to argue for the legalisation of their mining.

Miners proposed HEEM distribute 300 hectares in each of the five mining blocks located in the north of the country, including El Triunfo, and that the activity be recognised as small mining.

Revelations made that profits of up to $500,000 per month are generated illegally from mining at El Triunfo (12 February 2019). Ex-FARC members from Colombia are reportedly involved. Reports suggest that HEEM contracted the military and the police to evict the illegal miners as recently as December, with no success. The miners are well armed and control a large amount of territory.

In July 2019, the Ecuadorian military finally sent in 2000 troops into Rinehart's Imba 2 mining concession to quell conflict between armed illegal mining factions in the area, after a number of shootouts saw up to 6 people killed, with their bodies dumped down the mines. 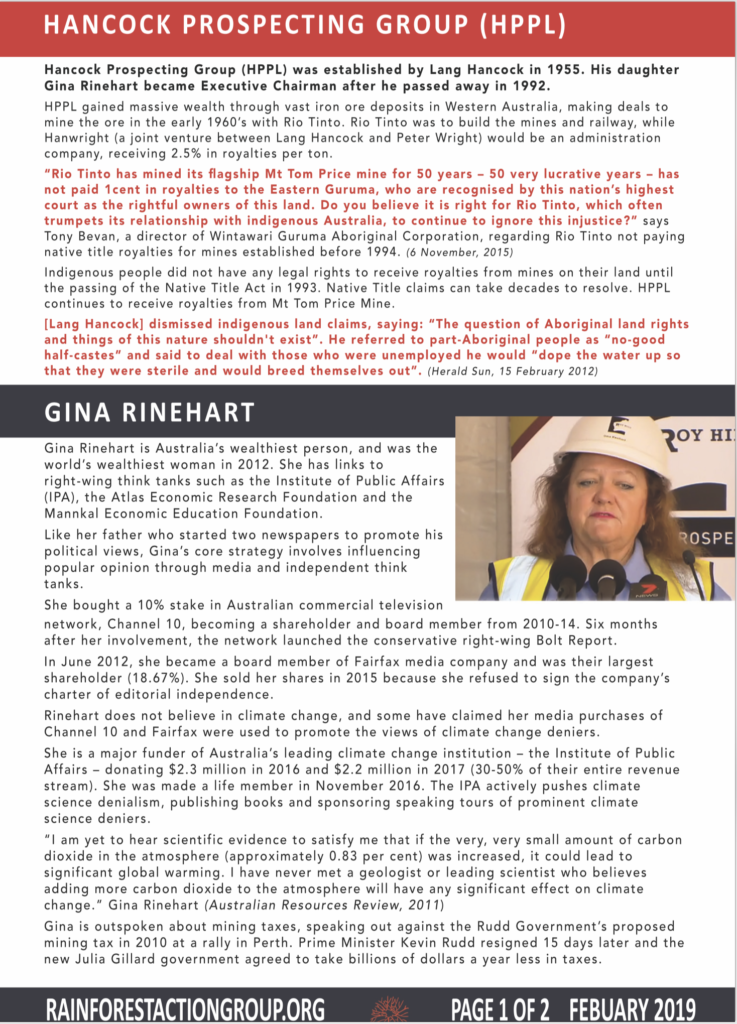 Overview of HPPL, with explorations in Ecuador.
(2 page document) 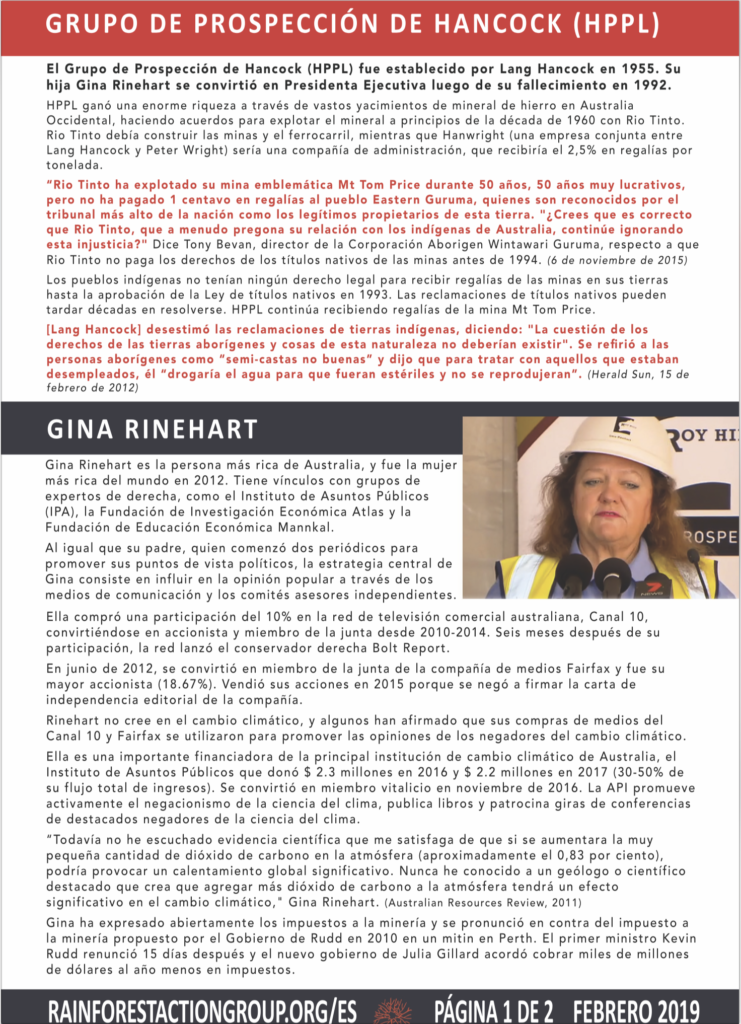