The report "SolGold in Ecuador; Solgold's woes continue" investigates each of SolGold's priority projects in Ecuador, as well as the company's financial situation; looking at environmental risk and community resistance to projects, as well as risk to concessions near the Colombian border from increasing instability due to ex-FARC dissidents, illegal mining and cocaine production.

The seventeen-page report was written and produced by the Rainforest Action Group, an advocacy and research group investigating Australian mining companies operating in Ecuador. It looks at community and indigenous resistance; financial issues; environmental and legal concerns; and issues around security, illegal mining and the Colombian border.

"SolGold has propped itself up for the past four years on increasingly shaky ground, inflating share prices and making optimistic claims about the potential of their targets in Ecuador," says Rebekah Hayden, a writer and researcher for the Rainforest Action Group.

"However, the Rainforest Action Group has identified significant hurdles that would make mining in Ecuador impractical, costly, dangerous and even potentially calamitous in the case of contamination of waterways through natural disaster or tailings dam collapse," Rebekah Hayden says.

"Besides the substantial environmental considerations and concerns regarding the security and practicalities of installing infrastructure at Cascabel, among other projects, it is clear that protracted legal cases and community opposition will impact mining operations in Ecuador for some time," Rebekah Hayden says.

The analysis is significant given the report's release falls during the annual convention of the Prospectors & Developers Association of Canada, when mining companies around the world normally draw together to promote their activities.

"Our investigations show that illegal mining has grown since the expansion of legal mining concessions, with illegal mining operations increasingly run by armed militia connected to cocaine cartels and ex-FARC dissidents. Since December 2020, illegal mining has increased in the north of the country with a number of attempts to gain access to Cascabel," says Rebekah Hayden. 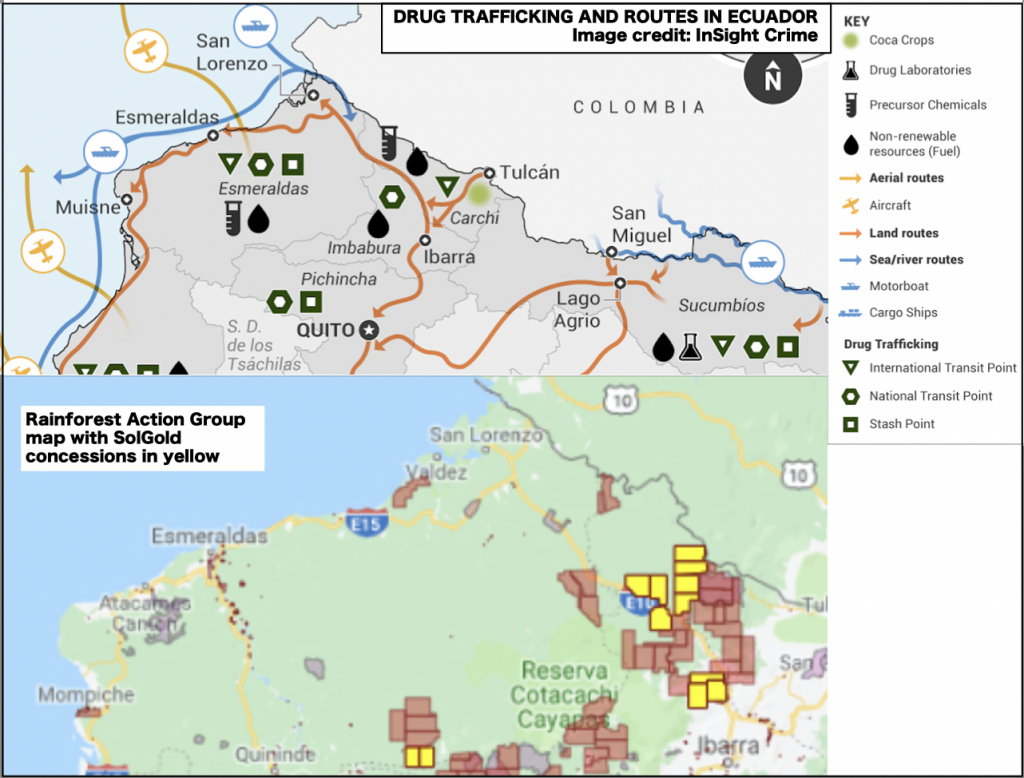 "A constant, and increasing police and military presence is needed to secure Imbabura and Carchi Provinces from these illegal miners, which is impacting negatively on the activity of locals in the community who have been protesting against both legal and illegal mining on their land," says Rebekah Hayden.

SolGold has a number of priority projects in the Imbabura and Carchi provinces, including Cascabel (jointly owned with Cornerstone Capital Resources), Blanca, Rio Amarillo and Chical, as well as other concessions Nieves and Rio Mira.

"Resistance to mining projects across Ecuador is growing with a popular consultation on February 7 in Cuenca showing 80% of the population wants to prohibit large and medium-scale mining activities in their river water recharge zones," says Rebekah Hayden.

"The consultation is expected to form the basis of a major legal challenge at the Constitutional Court level and could halt the development of mining projects in the region. SolGold project El Cisne 1A is in the Cuenca province," says Rebekah Hayden.

"Although mining companies are used to dealing with a high level of risk, when investigating SolGold's priority projects, we were surprised at the number of risk factors present for each project, as well as the high level of risk to waterways which serve thousands of people. We believe these factors make running mining operations in Ecuador by SolGold or other mining companies too significant to be feasible," Rebekah Hayden says. 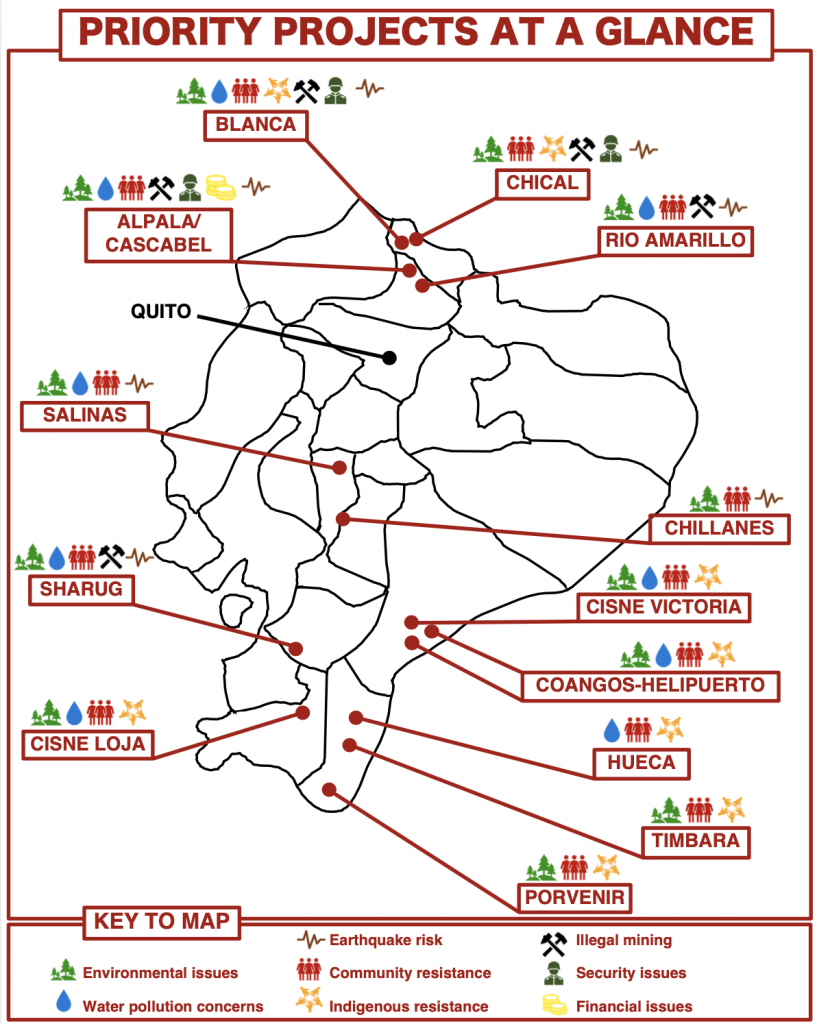