MUNICIPALITY OF COTACHI FORMALLY DENOUNCES BHP OVER CONCESSIONS IN THE AREA

Today, the Mayor of the Cotacachi Municipality in the Imbabura Province of Ecuador, issued a formal denunciation to BHP Billiton over their mining concessions in the area, with particular concerns over their transgressions in protected reserves and conservation areas.

Mining concessions totalling 22,570 hectares were given to BHP in the Cotacachi Canton despite unanimous rejection by the population of the canton, and in direct opposition of the wishes of local council.

The EcoMinga Fundacion, an Ecuadorian conservation organisation, raised concerns to the Cotacachi Municipality on the 16th of July over BHP employees illegally trespassing onto their property  despite formal agreements with company spokespeople banning entry by employees without consent. The employees entered between the 7th and 9th of July, clearing an area of forest for a camp, which is sensitive habitat for the Rhaebo Olalai, an extremely rare Andean toad.

EcoMinga is located west of the Los Cedros Biological Reserve, and is dedicated to the conservation of the unique foothill forests, cloud forests, and alpine grasslands (“paramo”) of the Andes, especially those on the edge of the Amazon basin in east-central Ecuador and those on the super-wet western Andean slopes of the Choco region in northwest Ecuador. EcoMinga has established seven reserves in the upper Rio Pastaza watershed in east-central Ecuador between Banos and Puyo. Most of these reserves adjoin national parks, which protect higher-elevation habitats. The reserve extends protection down into the much more diverse middle and lower elevations which are not protected by national park status. 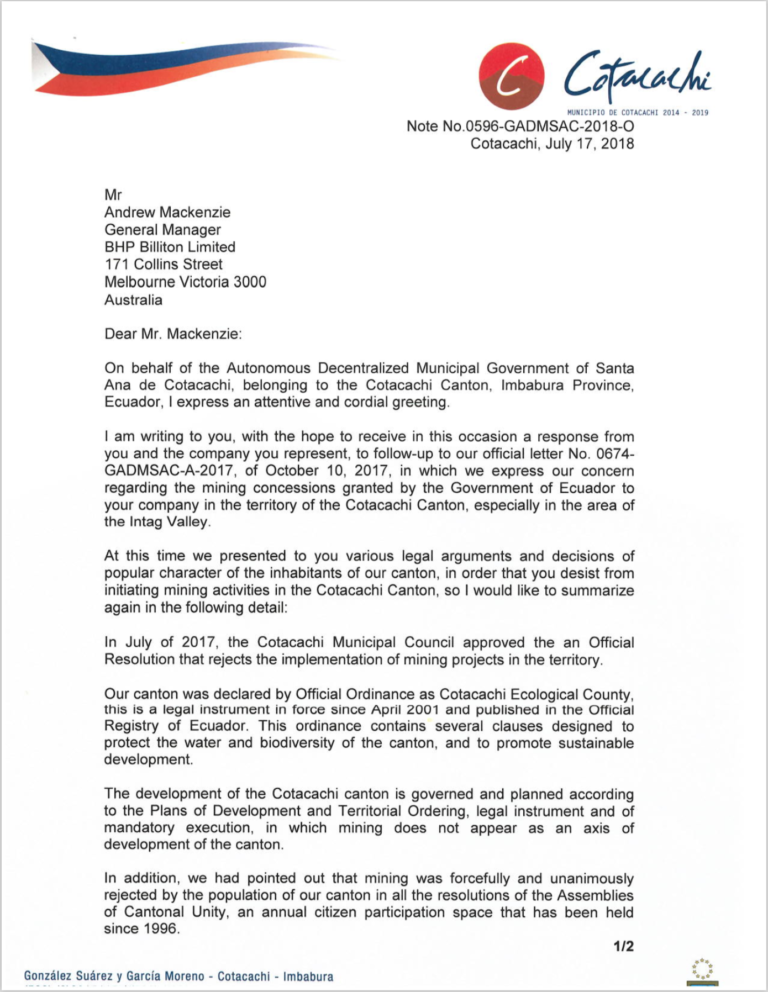 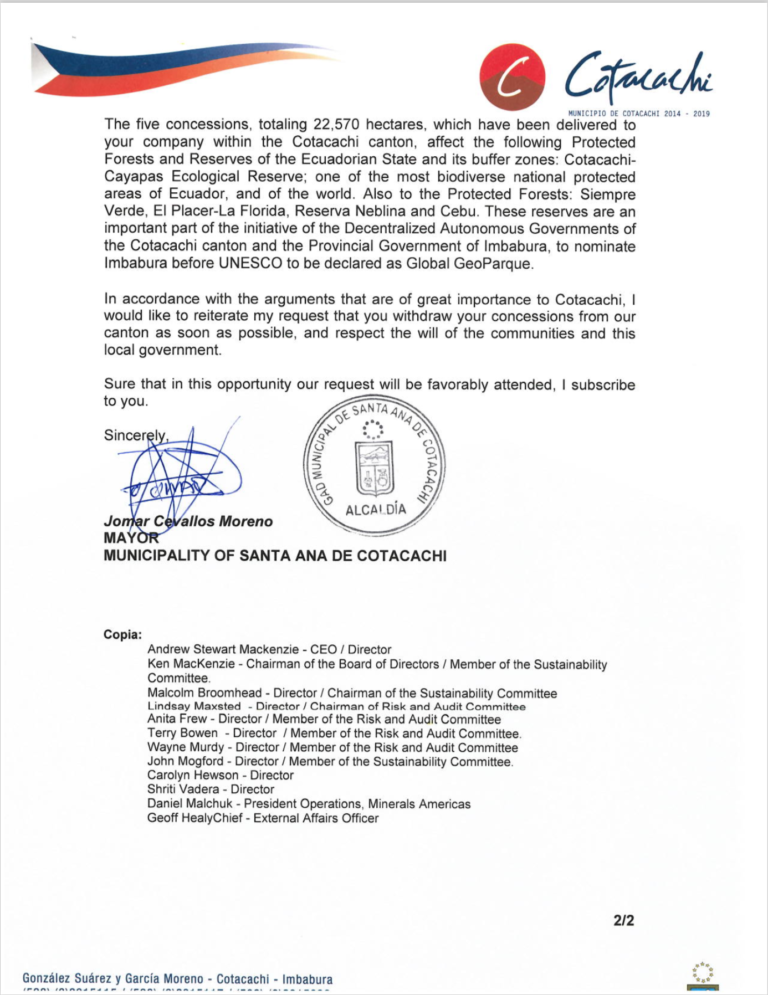 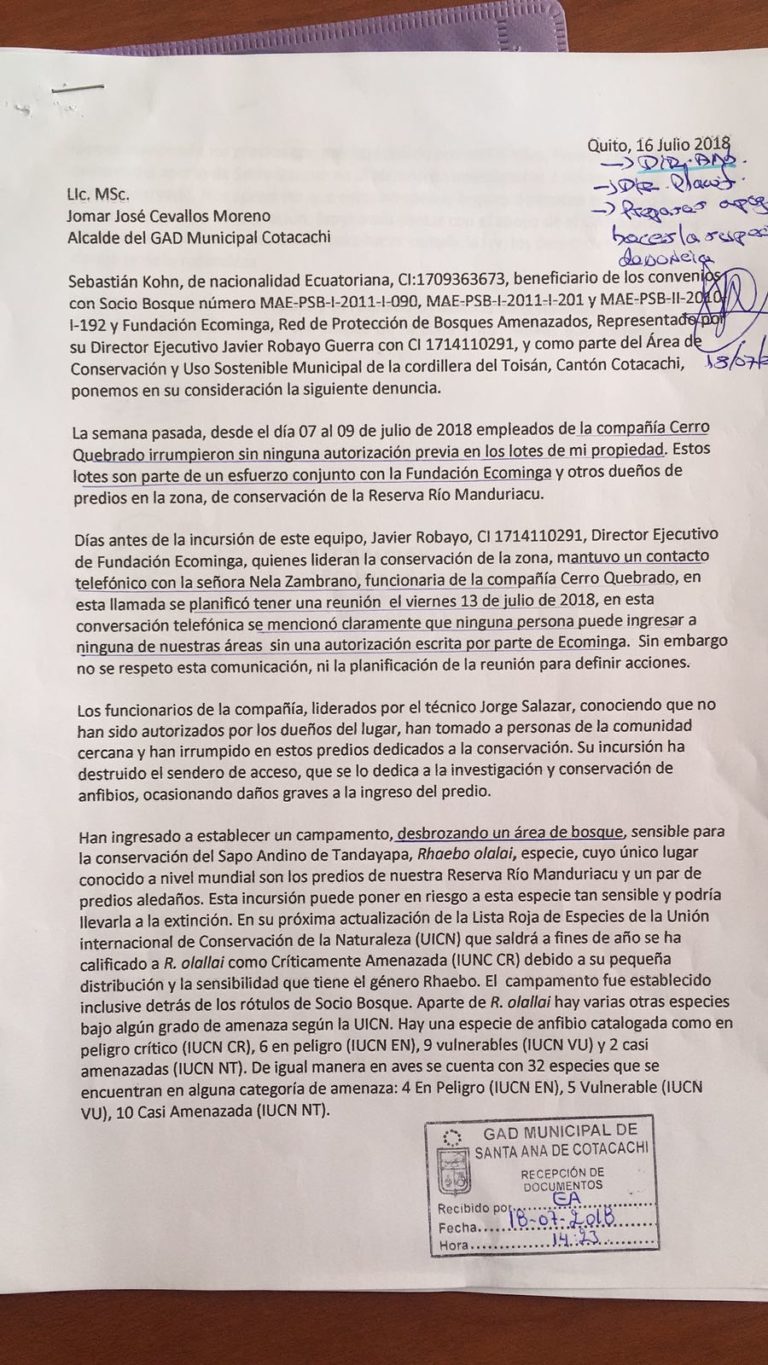 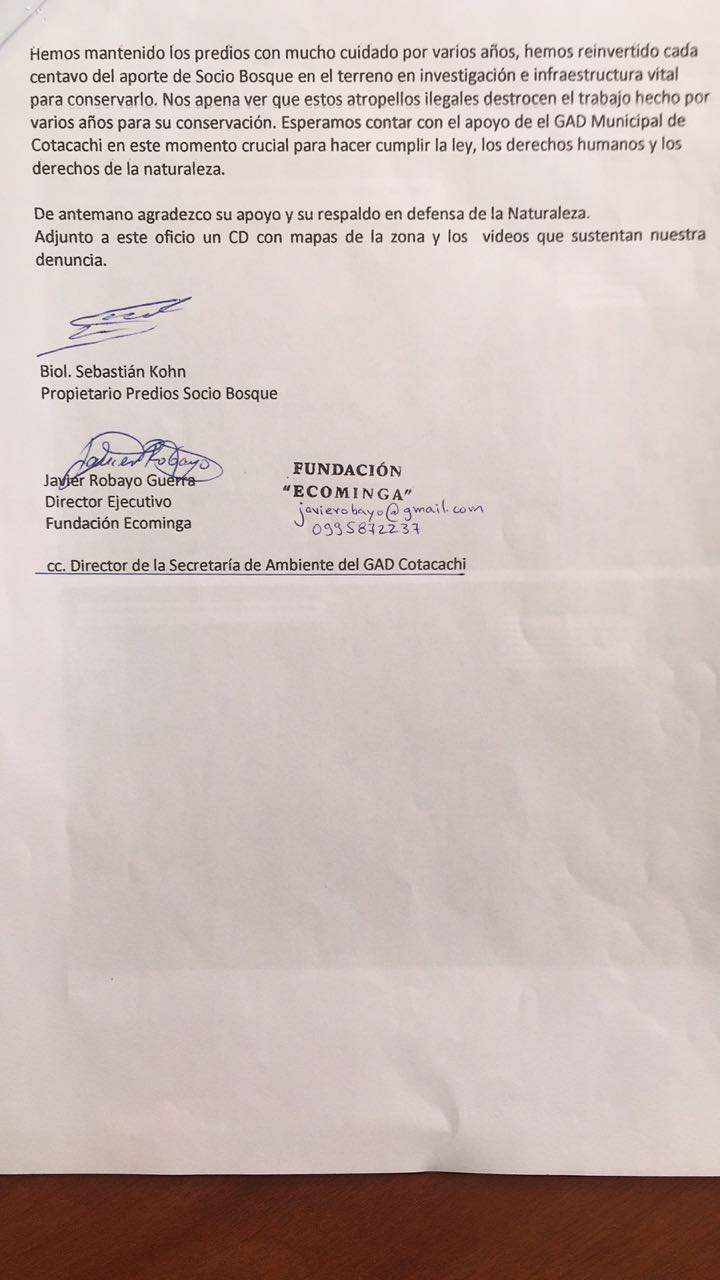 The Parish Government of Cuellaje is one of four affected by the mining concessions in the Intag region. At the meeting attended by 500-1500 people, they voted overwhelmingly to:
* Ask the government to revert all mining concessions in the Parish and the rest of Intag
* Convene an Intag-wide Assembly to ask all mining companies to leave the Intag area
* Change the Teniente político of Cuellaje (an executive appointee that is facilitating mining socialisation)
* Prohibit the presence of government and mining companies employees involved in socialisation in all the communities
* For all of Intag to join forces.
This decision is significant in the wake of the rejection of the socialisation process in the nearby Parish of Peñaherrera.
Note: This is an unofficial resolution. The local government is yet to publish the official one.

RESEARCH REPORT ON MINING IN ECUADOR

Our results reveal the potential losses that mining could cause: eight critically endangered species, including two primates (brown-headed spider monkey and white-fronted capuchin), 37 endangered species, 153 vulnerable, 89 near threatened, and a large number of less threatened species... The short-term national profits from mining will not compensate for the permanent biodiversity losses, and the long-term ecosystem service and economic losses at the local and regional level.

ECUADOR'S EXTRACTIVE POLICIES AND THE SILENCING OF DISSENT

Ecuador's policy of silencing NGOs that question government policies and programs has gotten the world's attention. UN experts on human rights claim it is a strategy to asphyxiate civil society.

Cuban-born Carlos Zorilla has lived for more than 35 years in Ecuador, where he is a leading activist opposing extractivism. He is the co-founder and former President of DECOIN (Defensa y Conservación Ecológica de Intag), which works to protect the environment and promote the sustainable development of the Intag Valley in North Western Ecuador.

Cuenca judge Paúl Serrano has ordered the temporary suspension of mining operations at the Río Blanco gold and silver mine near the Cajas Mountain community of Molleturo. The order also calls for a demilitarization of the area around the mine, which is currently guarded by 150 police and military personnel. The suspension order will be in effect for 25 days as data about the impact of the mine on water sources is reviewed by the Universities of Cuenca and Azuay. 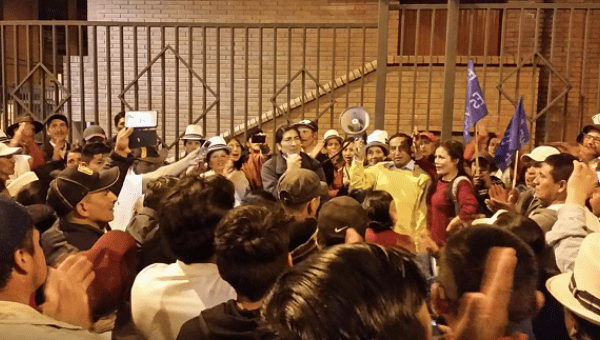 After learning how oil contamination has affected other indigenous communities, the Waorani people from Pastaza province in Ecuador plan to challenge a possible drilling concession in their own Amazonian territory using a strategy they call “spear and law.”

Nenquimo also serves as the voice of the Waorani people to the others in attendance. “We have always defended our territory and our elders,” he says, relaying the message of a Waorani woman. “We still have the present moment to fight and defend our territory; we want to leave this territory healthy for the young people from future generations. We want them to live without contamination and without harm to their health.” 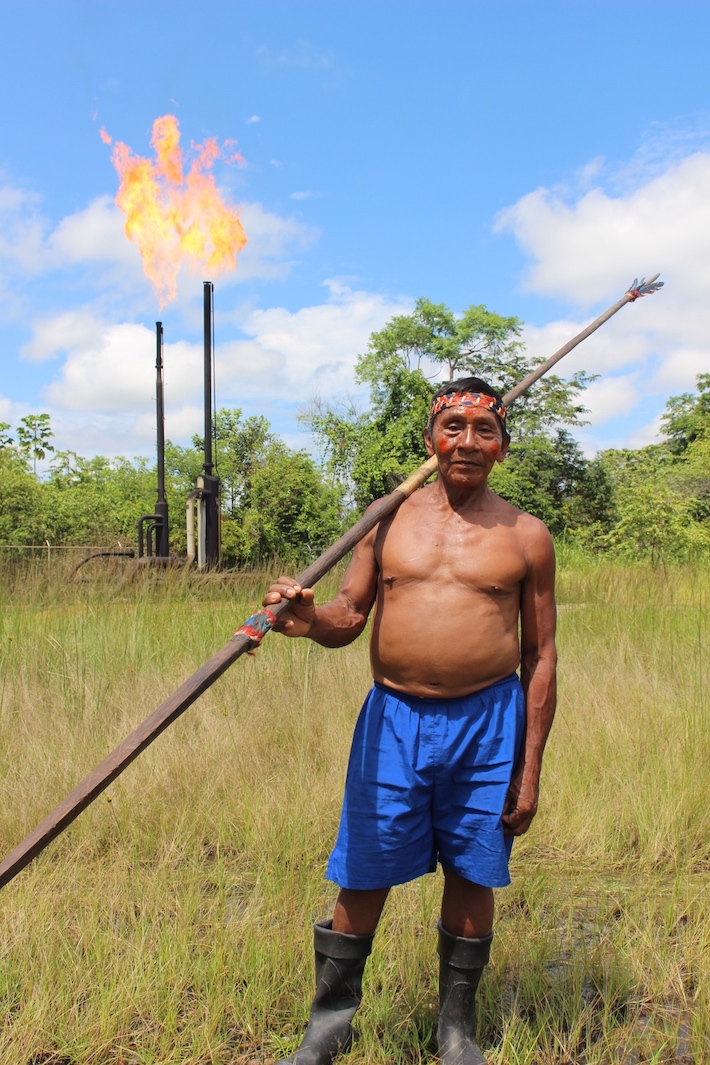 SBS Investigation on mining in Ecuador by Jarni Blakkerly

Why roads are so dangerous